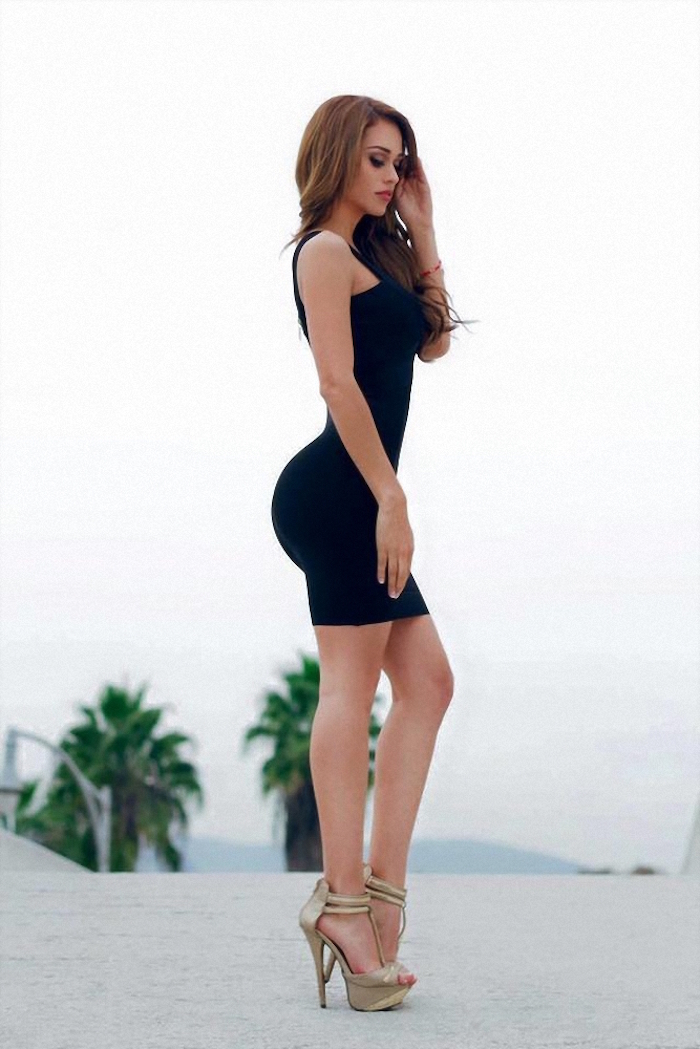 The popular Mexican meteorologist, Yanet Garcia landed on this earth on 15th November, 1990 in Mexico. She carries a Mexican nationality and belongs to white ethnical background. Yanet has not shared much information about her parents, childhood and education life.

Her bra cup size is 34D. Yanet has also been part of debate and controversy with exposing her hot figure in sexy short dresses. The stunning meteorologist, Yanet Garcia stands with the height of 5 feet 6 inches and weighs about 58 kg.

Yanet Garcia started her career working as a model. She has made appearance as model in the Nuevo Leon’s ‘heat of national modeling contest’. Yanet steals the limelight and show highlight when she shows off her curvaceous figure in short sexy dresses. Yanet claimed to prominence when she announced as Playboys hottest weather girl. At the recent time, she appeared as a model on the magazine cover of ‘Mexican men’s magazine H’. She has even exposed her hot figure wearing lingerie.

Besides appearing as a sexy model, she also trains young models on her own modeling school ‘Yanet Garcia Models’. Yanet came into the attention of all people when she started to work as a meteorologist on ‘Televisa Monterrey news’. She garnered the attention of all her fans in the television news show with appearing hot sexy dresses. Yanet has been in media limelight all around the world. She has been invited by many television shows of Mexico and abroad. Garcia is a young attractive television personality so she is gaining much attention from all young people. She has been dream girl of all young lads.

The gorgeous Mexican beauty, Yanet Garcia has achieved high level of fame and success at such a short span of time. It is really an incredible and admirable. She has earned numerous fans on her social networking sites. Her fans can view her sexy pictures on her Instagram @iamyanetgarcia and follow her recent news on her twitter account @IamYanetGarcia.